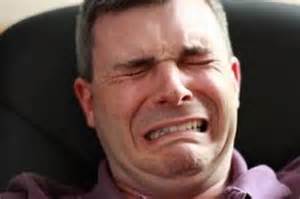 My arm fell off today. The pain was simply excruciating.  There is simply no amount of words in the English language to fully explain the level of physical discomfort that comes when one is faced with the fact that a limb that has previously been in complete simpatico with the rest of one’s body is now laying there dormant on the floor.  Now one would think that one’s spouse would offer some sort of support to the victim of this massive and catastrophic injury.  But no, simply a rolling of the eyes and a dismissive clicking of the teeth is all I was met with from my better half…now more than half since she has all her limbs.

But I digress. I don’t want to get away from the point that clearly my arm is broken.  It is facing the wrong way and I haven’t seen my own hand from quite that angle before.  Yes, I knew I had a birthmark on my hand, but seeing it now upside down is both interesting and terrifying.  I don’t mind telling you that I shed no small amount of tears when the synapses firing in my brain issued the bodily equivalent of an “All Points Bulletin” that much pain was being experienced.  Yet did I get a single, “oh, honey, I am so sorry” from my chosen spouse? Nay, I say.  All I received was a waving of her hands and a shaking of her head to indicate she cared not for my now broken limb.

So here I sit, with clearly a severely sprained elbow.  It hurts…a lot.  I can feel the tears swell up within my eyes as the fog of pain is quickly replacing the calm, cool, and collected portion of my psyche.  My arm clearly hurts as I try to remember what I’ve done to cause this massive application of negative messages from my nerve endings.  I turn to my wife, seeking comfort.  Nope, just the facepalm that I’m gradually becoming accustomed to when a massive injury befalls me.

Look, this paper-cut on my arm really hurts.  I was turning away from my kitchen counter when a piece of mail I had previously opened sliced open my arm resulting in a huge gash measuring at least 2 feet, I mean inches, no millimeters along the top of my arm.  No doubt this will result in my death.  The pain is terrible.  The only possible way this can get more painful would be if I suddenly fell into a vat of salt and lemon juice.  Outside of that awful occurrence, I can think of nothing more painful.

Yet I look over to my bride of twelve years.  There she is, sobbing over her life choices, trying to get a good selling price for her engagement and wedding rings, and attempting to tell me that I always make entirely too much out of simple and tiny injuries.  I don’t know, dear readers, can you believe I’d do something like that?