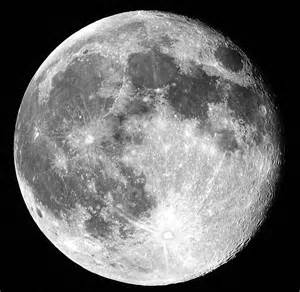 I really like the moon: I mean, how could you not? It faithfully tugs and releases the oceans, seas, lakes and rivers to completely wipe out poorly designed sand castles and fools small dumb fish into becoming an easy meal. It also keeps this dumb lump of rock from wobbling out of control making existence quite difficult. So, what’s not to love? Too darn bad it’s going to be leaving us.

Okay, okay, I know what you’re thinking. What the heck is this idiot going on about now? Let’s go back to where it all started. About 4.5 billion (think of Carl Sagan saying “Bwillions and Bwillions”) years ago, this planet about the size of Mars decided it was going to flat out kick the crap out of Earth. Good for us the planet in question had a severe vision problem and couldn’t see that the Earth simply outweighed and out-massed the wannabe Earth-killer.

So here comes Mr. Planet Bully goes and smashes into Earth. Yeah, it messed us up quite a bit and we lost a large part of our crust, but the main impact caused this interloper to smash into bwillions and bwillions of pieces. After orbiting our planet and sulking like a duck finding out that its mate has been a wooden duck decoy and not the ducky vixen it thought it was, the busted planet finally combined all its broken pieces and became our moon.

The Earth was not about to let things like smashing into its precious crust slip on by, so it made the moon circle the Earth forever and left it in charge of our tides and keeping the planet from wobbling enough on its axis that climates would be crazy and no amount of Dramamine could quell our urge to perpetually vomit. Knowing it had no choice but to fulfill its role, the Moon was allowed some amount of pride in that it became one of the largest moons in our Solar System, which is nice I guess.

Over time though, Mr. Moon was getting a little bored. It decided to slowly but surely escape the Earth’s grasp so it could continue its jaunt across the solar system. So every year the Moon slowly moves to a wider and wider orbit. How much? Okay, it’s not a lot, and Twilight and Phantom of the Opera fans can continue to write stories and musicals about it for a good long time. It’s only moving away from us at a rate of 3.78cm or 1.48 inches a year (Source bbc.com).

Like I said, it’s not going to leave us right away. We still have a pretty good amount of time before it leaves us completely, so we can cast Emma Thompson to do some more fake moon landings in the future before people get wise to us. But what will happen when it leaves? Well, the Earth will begin wobbling on its axis so that you’d have ice at the equator, heat waves at the poles and weather changes so severe that it would affect weather forecasters by…well…okay, it wouldn’t affect them at all as their percentage of correctly predicting the weather couldn’t be any more negatively affected than the status quo.

But fear not, dear friends, and take comfort in the fact that before such a catastrophe happens, the sun will have long since gone all kablooey and wiped out the Moon and Earth in one fell swoop. Poor ‘ol Matt Damon will still be on Mars and things will get pretty cold. Good thing he still has a whole bunch of potatoes, right?