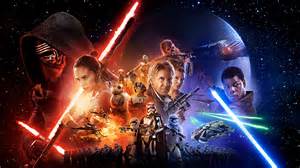 As a child of the 80’s (that’s 1980’s…which might as well be the 1880’s if my daughter has anything to say about it), I grew up with the Star Wars franchise. Sure, the original Star Wars was in 1977, but it was still part of the cultural identity in the 80’s with Empire Strikes back and Return of the Jedi. These movies were fantastic and part of my growing up. 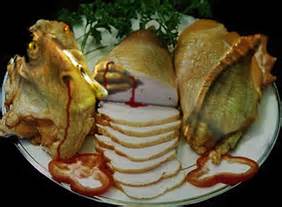 Now we have the new Star Wars movie, The Force Awakens. I have to admit it…I’m a little nervous about this one. On the one hand, control of artistic direction has been ripped from the mad scientist that has become George Lucas (and don’t for a second believe I’m ever going to forgive you for the whole Jar Jar Binks thing, George!), and thrust into the hands of Disney. While this is an improvement, I can’t help but think of Han, Luke and Leia singing “It’s A Small World After All” until time stops.

On the other hand, control of the first film of the “new” franchise has been given to J.J. Abrams. Hey, I like lens flare as much as the next guy, but I have to admit I’m a bit nervous that Director Abrams will thrust this signature effect into Star Wars to the point the Death Star explosion from the first film (uh…spoiler alert?) look like someone lighting a candle. I don’t mind if it is there, but I’ll be very upset if it becomes even more of an internet meme.

Back in the “old days” special effects were almost entirely of a practical nature. CGI was not yet developed to a viable alternative and this let the viewer feel like the story was more “real” than it was. Heck, even the Cinematic Superpower that was Howard the Duck was more practical than computer generated. Today we have CGI for everything: CGI for spaceships, CGI for action scenes, even CGI for toilet paper commercials…okay, maybe not that, but it wouldn’t surprise me.

If The Force Awakens makes a concerted effort to put special effects over character story building, then to quote Han Solo…”I’ve got a bad feeling about this.” It’s important for we the audience to make a clear connection with the new characters like we did with Han, Luke and Leia. We can all describe exactly what those characters are like and how they tick. Towards the end of Lucas’ despotic rule, we couldn’t apply any actual character traits to any of the characters, not even Anakin and we knew his story, right? But boy did those CGI effects look fantastic!

I have high hopes for The Force Awakens. I truly hope this ushers in a new era of Star Wars and lets the younger generation fall in love with the franchise the same way the rest of us did with the original films. It’s a franchise with good characters, good stories, and good life lessons. Let’s just hope this lessen we learn after watching this new film is that the Force should not have been awakened.