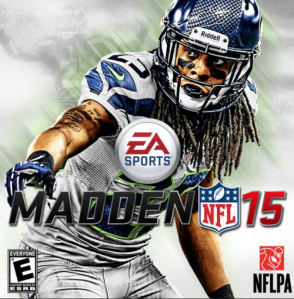 Well, another Madden Day has come and gone, and another edition of the same football game that’s been released every year since the Reagan Administration has captured the imagination of those without adequate imaginations. 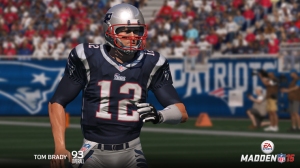 Look, here is full disclosure: I will probably end up buying Madden 15. In a moment of weakness, I’ll say “Alan, maybe they actually added something worthy of a new game. Maybe this time it’ll be different. Maybe this one will be THE definitive Madden game.” And I’ll go ahead and buy it. I’ll start it up, go into a game and be convinced that it IS different. You can see Tom Brady’s sweat form on his pretty boy brow. And…I’ll be wrong.

Please understand, this is not a rant. I’ve done them before and though I feel better at the end of one, it doesn’t make for super family reading. This is, rather, an homage to a scam that always ends up getting me. My proverbial hat is off to EA Sports, really it is. Here is a company that bankrolls most of its other ventures by creating a phenomenon that requires only yearly tweaks and roster updates in order to justify gamers spending sixty dollars for a “brand new game.”

EA Sports isn’t the only game company that does this. He

ck, one of my favorite games, Battlefield 4, is nothing more than Battlefield 3 with a few buildings that collapse and Dice releases it thinking people will fall for it…which I did. Its competitor, Call of Duty by Activision, does the same thing. Take the same game, let you have a dog that fights alongside you and BAM!, Call of Duty Ghosts. 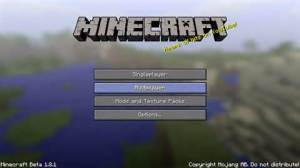 Clearly sports games have the most difficult hill to climb every year as the sports genre doesn’t really change that much. But I end up feeling bad about myself, a little disappointed, and somehow walking funny every time I commit to buying a yearly edition of a sports game. And as a parent? Oh, I know what I’m going to do. I’ve spent a good deal of money to put Minecraft on the PC, tablets (two of them) and the Xbox 360 for my daughter. And when it finally comes out, I’ll pay to have it on Xbox One as well. Deplorable.

Well, there you have it. The National Holiday of “Madden Day” has resulted in another huge score for EA Sports. Good on them. I’m sure they’ll get my money, too. Unless, of course, they want to give me a copy to review…right…didn’t think so. Oh well, perhaps next year, when Madden 16 is released you’ll be able to design signs for the crowd to wave. Maybe one will be able to say…