I’m fairly certain the Sherpa I’ve hired as a guide is stealing. My backpack is several pounds lighter and Nawang is passing more gas than a Saudi Arabian pipeline. Yet there he is about a meter ahead of me, tied off on the same line as I am and I experiencing smells I thought completely impossible to experience at this high altitude. 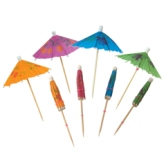 Let me backtrack a little bit. There I was sipping a cocktail while reclining on my beach on Birubegja, known for its complete lack of political correctness recognition and its drink umbrellas (you know, the little umbrella you put in a drink), which is their chief and only export. I had counted two or three, perhaps five or six umbrellas I had retired and then I, uh, got tired. Next thing I knew I was on a plane the size of a matchbox and had apparently made some sort of contract with this nice Sherpa fellow to guide me up Mt. Everest in Nepal. I may have misjudged the amount of umbrellas I retired.

Things started out well enough. We had somehow acquired the equipment necessary to begin the trip from Nawang’s basecamp and make our way to the top of the mountain with the highest altitude in the world, Mt. Everest. Our first night, Nawang and I divided up our food, which consisted mainly of canned beans and an imported Durian fruit. And since then I’ve not eaten much but my backpack has been getting steadily lighter.

I tried to explain the situation to Nawang but I ran into the problem that I suspected would be a problem…I don’t speak a word of Sherpa and the only English words he speaks are dollar denominations and “Tourist.” Naturally this made me think how I even managed to explain my then-desire to climb Mt. Everest without any sort of grasp of the language and how I even managed to get all the way from Birubegja to Nepal without being conscious. And how exactly does one bruise an armpit?

We finally made it to the summit and I have to admit, the view is breathtaking. From the clouds down below and the somewhat sharp appearing lower mountaintops, am in awe and slightly confused as to what I’m doing here, but no more than usual. Suddenly I make out a small red speck that appears to be getting bigger. Why, it’s a helicopter and it’s actually heading towards Nawang’s and my location. 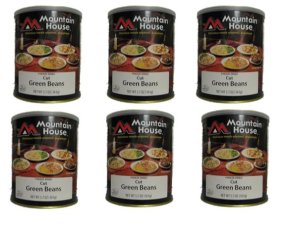 The helicopter slows to a hover and is about fifteen feet off the ground when the pilot, who looks vaguely familiar, tosses out a rope. Nawang runs and grabs the rope and quickly ties himself with the rope and abandons his backpack. I rush to the backpack as it was in danger of falling down the mountain. I discover that Nawang had stolen all the cans of beans and had already eaten the Durian. At least I have the cans of beans.

That last thing I see is the helicopter rise up and Nawang is smiling. I look up at him and he simply shrugs and produces the one can opener we had and just laughs. He then returns it to his pocket and points up. The pilot apparently is holding some sort of makeshift sign. It is then that I recognize the pilot and I read the sign before the helicopter leaves me abandoned on the top of Mt. Everest…

“Dear Alan, BE GOOD OR BE GOOD AT IT, Jerk! Love…DUNDAS!” 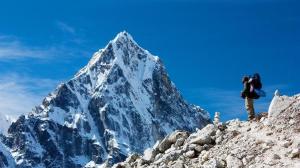