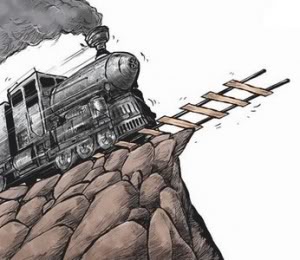 Okay, this is exactly how stereotypes are born. One thing starts to go wrong, and everyone just gives it a shrug. Two things happen and people chuckle. Three things go terribly wrong and the ball starts to roll downhill toward Edsel-Town or Wii-U-ville. Welcome to the Silver Line of the Washington DC area’s Metro.

I’m going to start out here and say that I have a dog in this fight…on wait…too soon after Michael Vick…I have a horse in this race…yeah, that’s better. I live in Northern Virginia and ride the Metro to work every day. And I can’t wait for this new Metro expansion, which will create a new line of the metro, subway, tube, whatever you wish to call it, which will have a station within a few miles of where I live. It will cut a great deal of travel time to and from my job (I’m a sight-challenged gynecologist with shaky hands, a nervous tick and a tendency to lie about his occupation). 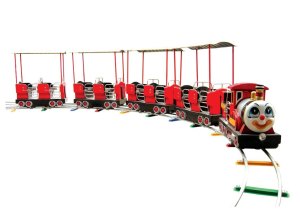 Naturally I was elated when I found out a few years ago that this new Metro system was going to become a reality. The new line was even given a new name…the Silver Line! Granted the other lines of the Metro have color names like Blue, Orange, Green, Yellow, even a Red line that occasionally goes from one station to another without breaking down…rarely but it does happen. But the Silver Line, well that sounds classy. Sounds regal. Sounds…expensive. Oh well, it will definitely be worth it. Grab a shovel, boys, it’s time to get this job done!

Oh wait, to quote the immortal detective Columbo, “One more thing…” the Silver Line will go $150 million over budget and 8 months late, with now an indefinite delay on the project. The executive director has resigned in disgrace and has moved to Abu Dhabi because he likes the sound of the place. There are leaky roofs, cables that need to be replaced, speakers that don’t work (and I presume they mean electronic speakers and not just people who make a living talking), and a communication system that shuts down for no apparent reason. Now, I’m a man who believes there is way too much talking in the world to begin with but I do recognize that this communication system, which allows the trains to talk to the control center is at least mildly important.

I referenced earlier my belief that it is in situations such as these that stereotypes form. All around the region, artists are preparing to draw the caricatures that will define our Northern Virginia area. Oh yes, we’ll be people with no opposable thumbs, only one butt cheek as we only do things in a half-a**ed way, our tendency to take ourselves way too seriously and when push comes to shove, we can’t actually complete anything. Congratulations, Silver Line, you’ve made us a laughing-stock. How many Northern Virginian’s does it take to screw in a light bulb? There is no finish to that joke because we can’t pull it off with the people and equipment we have. Nice.

Maybe we shouldn’t be allowed to have a completed Metro. I mean, perhaps this is God’s way of keeping us idiots away from the general population. Perhaps we just can’t be trusted enough to create a system of transportation that is on rails…that doesn’t vary…that goes from point A to point B. Yep, too complex a task it is. Speaking like Yoda I am. Do you see what you’ve done to me, Metro? Hmm, at you I’m pissed.

I jest, not joust as I can’t because I’m still having trouble removing someone’s Burgonet and Voider from my Culet…long story, but do NOT get drunk at a Medieval Times (that joke’s for you, Jessica!), but really, what can we do to pull this off? Does the stink and failure of politics in Washington drift downwind to the Old Dominion? Are we unable to make a choo-choo that goes from one destination to another because we lack the cranial matter to complete the task? Do we engage in financial arrangement with contractors who stopped selling snake oil only as recently as this morning to build our transportation system? There are a lot of people in our area with a lot of pieces of paper acknowledging their smartitude that they’ve purchased from knowledge peddlers in fancy buildings. Could they not get together and build a trolley that goes from one place to another? Well, I guess even if we do finish building the Silver Line, we’ll come up with one heck of a conductor for it…

So go ahead Canada, invade us. We’re ready. I know you’ve been waiting for the time and place when we’d be at our intellectually worst. Congrats, we’re here. Just promise me one thing. If you’re going to come down and take us over, please at least…