“When you wish upon a star, makes no difference who you are…” Admit it. You’re singing the song in your head right now. I can’t blame you, so am I. These words have been so indelibly inserted into our brains by Walt Disney and his magical company that we cannot remove them from hour childhood psyche. Their animated movies were, and still are, a touching reminder of the innocence of being a child and that magic still exists in a world full of harsh realities such as death, taxes, Justin Bieber and Miley Cyrus. Their movies were, and still are, the invitation for children to be killed in horrible and disgusting ways.

Harsh? Well yeah, but come with me on this little journey down Disney movie memory lane, shall we? Let’s start with Bambi, the cute deer that somehow overcomes the murder of his mother by human hunters and grows up to be the Prince of the Forest. Touching story, really. But have you ever been really close to a deer? You know…with antlers and hooves? I’ve been kicked by a deer and it hurts…a lot. And antlers? They hurt when they combine with force and are applied to genitalia. So go ahead and approach the kindly Bambi…but bring a cup.

While we’re talking about older Disney movies, how about Robin Hood? Remember? The one with the adorable fox that stops the antics of Prince John? Well foxes, the true animals and not the ones on a typical cheerleading squad, are incredible susceptible to diseases including diseases that completely alter the mind to the point that they are incredibly mean, very aggressive and will snap at anything and everyone in their path…so okay, they are like a fox on a typical cheerleading squad, but regardless, foxes can be dangerous.

And Disney’s Dumbo? Sure, try walking up to a typical African Elephant and see what it’s reaction is. Remember the old joke about what’s the gunk between an elephant’s toes? Slow tourists. Walt was outright asking for your precious little angel to be crushed to a pulp. While we’re at it, how about more modern movies? Disney didn’t just declare war on your children when he was alive, no sir! This even occurs in hit movies in the more modern times.

Lion King? I won’t even talk about a lion. If you go grabbing at a lion, you get what you deserve. But how about Rafiki? He’s the cute monkey that dances around being all philosophical and mentor-like. But a monkey will rip your face off. Remember that it happened to a lady not too long ago. Do you want a monkey capable of facial mutilation to be holding your bundle of joy up for all the world see? No, thank you Mr. Disney person.

And Bears? Oh bears. Winnie the Pooh will rip your intestines out and hang you with them before eating the rest of you. The momma from Brave? Go for a heartfelt hug with a bear and you’ll see what your spleen looks like on the outside. And speaking of Winnie the Pooh, what about Tigger? How do you spell his name? T…I…Double Grrrowl as I bounce on your chest and sever your Jugular vain…Er.

How about the king of them all, Mickey Mouse? Two words…black plague. Oh yes, he and his Rescuer friends along with the rats from Ratatouille had fleas on them that allowed for the greatest outbreak of sickness and death in history. Oh, Mr. Disney your heart was as cold as…a snowman. 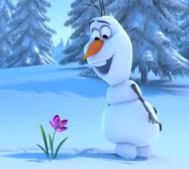 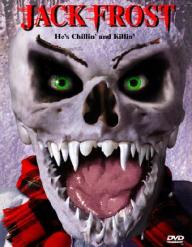 Okay, okay…I’ll “Let it go.” Just be sure to tell your little bundle of joys that you need to avoid Disney Animals at all costs. They are potentially dangerous, after all…like the cheerleaders.

So keep on keeping on, folks and…

4 thoughts on “Disney is trying to KILL US!”