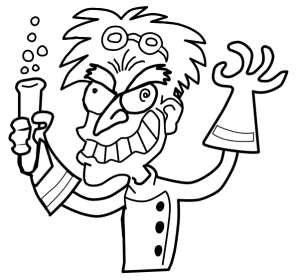 Having recently gone on a weekend trip with my family, I returned with a rather disconcerting possibility.  Could science be, well, you know…wrong? You know the part where they say that a human being’s brain hardens and molds itself into the ‘proper’ way of thinking for adulthood. Could the brainiacs have things backward?

This whole disturbing way of thinking was triggered by several events that occurred during our weekend trip to a lake house. There we were all packed up and ready to go, got the dog, got the kid, all set, let’s go.  We rush to get into the car so we can be the first to be the 276th car in the traffic on the interstate. Our little financial dependent was in the back staring out the window.  The 9 year old future participant in the human race asked, and was surprised by a negative answer to, ‘Are we there yet?’ The obvious answer is, of course, ‘Yes, we’re here, get out’ and to leave her stranded on the interstate, but law enforcement tends to take a rather negative outlook to such actions (the whole ‘child endangerment’ thing), so we simply say ‘No’ for the fourth time since we shut our garage. 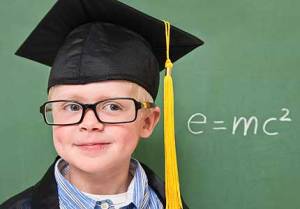 Lest you say ‘Aw, come on, kids will be kids’ or ‘she’s only 9, give her a break,’ I’ll fast forward to our first few minutes and we’re unpacking our things for the two night stay. She’s got her trusty IPad unpacked and plugged into the wall (well into the outlet in the wall, sticking it into the wall itself would be both destructive and pointless) and out of her mouth comes the question ‘Daddy, what’s the WiFi name and password so I can access my friend’s Minecraft world?’  So her mind was able to figure out the technical requirements to activate her Minecraft game, but lacked the cranial sophistication to acknowledge that we had not, in fact, arrived at our destination while being clearly stuck in traffic?

Scientists claim that the human mind is superior to that of a chimpanzee, whale, dolphin, husband, rhinoceros, etc. because it has the ability of complex thought and rational decision-making. But maybe, just maybe, a children’s mind is at the pinnacle of evolution and we old people are losing their minds (literally) and our lack of ability to turn off and on our thinking abilities.  Perhaps a child’s ability to say something incomprehensibly stupid one moment and then follow it up with something demonstrating complex cognitive processing shows that they are, mentally, the superior entity.

There are so many other examples of this. “Honey, did you wash your hair? Did you clean your room? Flush the toilet?” Nope, too complex a task I suppose, but damn if she doesn’t know how to the invert the Y axis on the video game system, or configure the HDMI settings on all the HD inputs on our TV.  So maybe scientists really blew it this time. Maybe, like cells in our body, the mind starts to decay at birth, begin to decay at an accelerated rate when we go to college, and cease to work at all except for automatic functions once we get married. Perhaps we don’t climb the evolutionary ladder and instead take the elevator that just goes down.